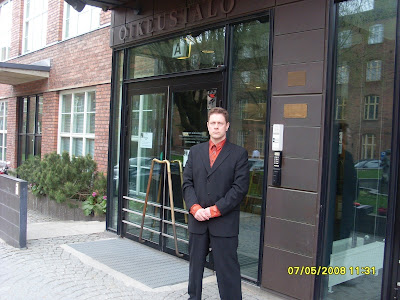 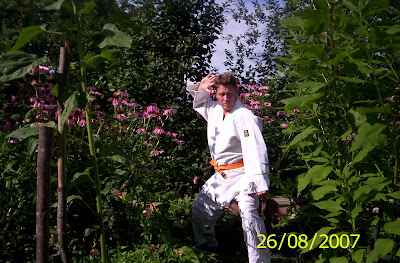 ( The speech given by Jyri Häkämies (cons) at the Centre for Strategic International Studies in Washington on Thursday 6.9.2007 contained personal rhetoric and that the views expressed by the defence minister did not chime perfectly with Finland's official security policy line.
Mr Häkämies had said in the speech that while Finland was privileged to be located in one of the safest regions in the world, the country's three main security challenges were "Russia, Russia and Russia".
"It is clear that Russia is, supported by the huge revenues it is reaping from oil and gas, on its way of becoming a world player again. According to the Russian worldview, military force is a key element in how it conducts its international relations," Mr Häkämies had added. )
Toisin toimii jatkuvasti tunnettu KGB-aikojen Vladimirov-vehkeilijä Paavo Väyrynen, joka jäi oheisista valheistaan välittömästi kiinni Fjodovin annettua lausumansa:

Andrei Fyodorov, an advisor who worked in the administration of Russian President Boris Yeltsin, insists that Finland's top leaders were aware of the unofficial discussions on the possible return of the parts of Karelia that were taken by the Soviet Union in the last war.
"Naturally, no proposal was ever made officially", Fyodorov said to Helsingin Sanomat on Wednesday.
In 1991 and 1992 Fyodorov was part of a group which calculated a price for the return of the ceded territories of Karelia to Finland.
A week ago, Fyodorov, who now serves as director of the non-state-run Russian Foreign and Security Policy Council, wrote in a column in the publication Argumenti Nedeli that a figure of 15 billion US dollars was set as the price for restoring the ceded territories to Finland.

Fyodorov emphasised the importance of distinguishing between negotiations and contacts. "There were no negotiations, but there were contacts", he laughed.
"Contacts are when people spend an evening in the sauna and talk, and we look at what kinds of reactions come, and then we act", Fyodorov says.
He says that President Mauno Koivisto knew that "these kinds of thoughts existed". He also feels that it is quite clear that Foreign Minister Paavo Väyrynen was aware of the unofficial discussions. In his view, "a good minister needs to know about these kinds of things, and Väyrynen was a good minister".
Fyodorov says that it was important for Russia to know what Finland's attitude toward Karelia was before President Boris Yeltsin's first visit to Finland in 1992.

Historian Jukka Seppinen said in Wednesday's edition of the late edition tabloid Ilta-Sanomat that a Russian diplomat had asked him to relay the information about the Karelia discussions to Finland.
Fyodorov considers it likely that this happened. Fyodorov was not the diplomat mentioned by Seppinen, and Seppinen was not the only contact.
According to Fyodorov, Russia had contacts on the Karelia question "at a high political level" in Finland.
Fyodorov does not want to say who were involved in the group that was set up at the initiative of the Russian government. There were between 6 and 8 people, and the calculations were made seriously.
Fyodorov says that Yeltsin himself did not take part in the discussions, or tell them to start, but naturally he knew about them.
"Yeltsin took the initiative in what the new Russia should look like", Fyodorov explains.

At that time, Russia wanted to do things differently in foreign policy from the old Soviet approach.
"He [Yeltsin] did not have an imperialistic approach. He was actually quite flexible. He wanted to establish good ties toward the east and west", Fyodorov says.
Hence the new age also made it possible to discuss territorial issues. Fyodorov says that there was uncertainty in Finland as to how to deal with those representing the new Russia.
"There was a new Russia and a new Finland, and we needed to build relations. There was plenty of fear in Finland. Most politicians in Finland did not understand at all what was happening in Russia. There was fear in Helsinki, and this was sensed in Moscow as well", Fyodorov says.

To Fyodorov's way of thinking, Finland lost the opportunity to discuss Karelia. He believes that if a signal had come from Finland's side, Russia might have been ready for discussions.
"Perhaps not for the return of Karelia, but for some common projects", Fyodorov says.
The price calculated for Finland is information that the Russians also had not been told about, even though Karelia has been discussed in other connections.
Fyodorov says that he decided to go public about the price because he was angered by what he sees as false information given out in the newspaper Kainuun Sanomat in the summer. According to the newspaper, the price for Karelia was calculated in Finland, not Russia.

During the presidency of Boris Yeltsin, Russia calculated the price that it might ask for the return to Finland of the parts of Karelia that the Soviet Union took at the end of the last war.
A price was also put on the Kuril Islands, which Russia took from Japan. The calculations were made in early 1992, writes Andrei Fyodorov in a column that came out on Tuesday in the publication Argumenty i Fakty.
Economic experts felt that it might be possible to get up to 15 billion US dollars for Karelia, which was considered a very large amount of money. In today's money it would amount to EUR 13.5 billion, which is just under a third of Finland's national budget for next year.
The price calculated for the Kurils was even higher - between 20 and 25 billion dollars.

The calculations were made at a time when Russia's political and economic crisis was at its worst. The Soviet Union had fallen apart the previous year, and left Russia in a deep state of internal conflict.
Fyodorov himself served as deputy foreign minister in the waning years of communism, and for a short time as Prime Minister of the Soviet Union. From 1991 he worked as a foreign policy advisor to Vice President Aleksandr Rutskoi.

In his column, Fyodorov describes Russia's economic state and the extent of its internal problems as disastrous in the immediate wake of the collapse of the Soviet Union.
"It was then that there was an internal debate within the government and among the inner circle of President B. Yeltsin. The talk proceeded on how it would be possible, in extreme circumstances, to use ‘territorial resources' to augment Russia's national budget. There was talk about Japan, Finland, and China", Fyodorov writes.

When weighing the possibilities, an unofficial list was drawn up in the inner circle of the government with arguments for and against selling parts of Russia. Arguments speaking in favour of a sell-off included the idea that the move could bring about a new period of technology and industrialisation in those areas.
Experts also felt that the sale of areas taken over by Russia could serve as an indication to the world of "a new, democratic Russia".

However, none of these plans got beyond the paper stage. The leadership of a country that was on the verge of disintegration decided that selling parts of Russia to Western countries would be too dangerous an experiment.
"We need to keep in mind that in those years, organisations along the lines of ProKarelia and Greater Finland had emerged, which openly said that possible Finnish membership in NATO would be a way to put pressure on Russia", Fyodorov says.

Fyodorov's column puts the recent Karelia debate in Finland in a new light. The debate emerged when the newspaper Kainuun Sanomat reported that Finnish political leaders had received messages from the Russian Presidency in late 1991, and again in January 1992.
Former President Mauno Koivisto said in Helsingin Sanomat late last month that Russia did not offer to give Karelia back during his term as president. Finland also did not calculate a price tag for Karelia. )
---------------------------------
Paavo Väyrynen well known KGB-agent:

5.9.2007 at 8:07
Jukka Seppinen, a Finnish historian and former diplomat, was quoted as saying by tabloid Ilta-Sanomat on Wednesday that a "high-ranking Soviet diplomat" had told him after the failed August 1991 coup that the central committee of the Communist Party of the Soviet Union wanted to talk about returning Karelia to Finland.
Most of Finnish Karelia, including Finland's second city Viipuri (Vyborg), was annexed by the Soviet Union in 1939, retaken by Finland in 1941, and re-annexed in 1944.
Finnish provincial daily Kainuun Sanomat had reported a fortnight ago that the Soviet Union had signalled its willingness at the highest levels to sell Karelia to Finland in the tumultuous early 1990s and that Mauno Koivisto, the then president, had appointed a secret group to assess the costs involved but then thought the price too high.
Mr Koivisto has flatly controverted the report, adding neither the Soviet Union nor Russia had made any initiative pertaining to Karelia.
Mr Seppinen told Ilta-Sanomat that he had written about the Soviet diplomat's approach to the president and Paavo Väyrynen (centre), the then foreign minister and current foreign trade and development minister.
"I regard it as utterly plain that over the course of the final months of its existence the Soviet Union wanted to settle this matter. I can imagine that the official attitude of Finland sparked bewilderment and even disenchantment in Russia," Mr Seppinen was quoted as saying by Ilta-Sanomat.
/STT/ 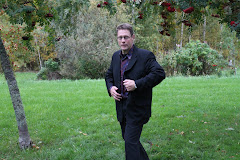